The class of 1st June: Victor selected: Lemon, Lime, Angelica Root, German Chamomile, Arnica, St John's Wort, Seaweed Extract, Green Clay, Dead Sea Mineral Mud and Beeswax, update from Linda Powell. 18th July. One of the sarcoids on Victor's chest has now become very gooey. The ones to the left of his sheath area have disappeared. The other sarcoids appear to have
shrunk; photo of sarcoid being worked on below. Video clip to follow shortly.

Posted by Caroline Ingraham at 00:29 No comments:

Witness the process from reactive to playful in a 40 minute film now available on our YouTube channel. 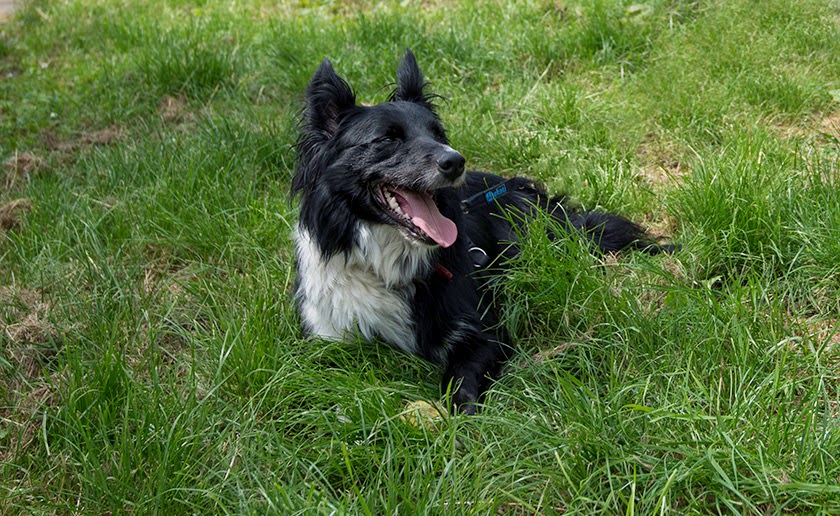 Posted by Caroline Ingraham at 11:42 No comments: 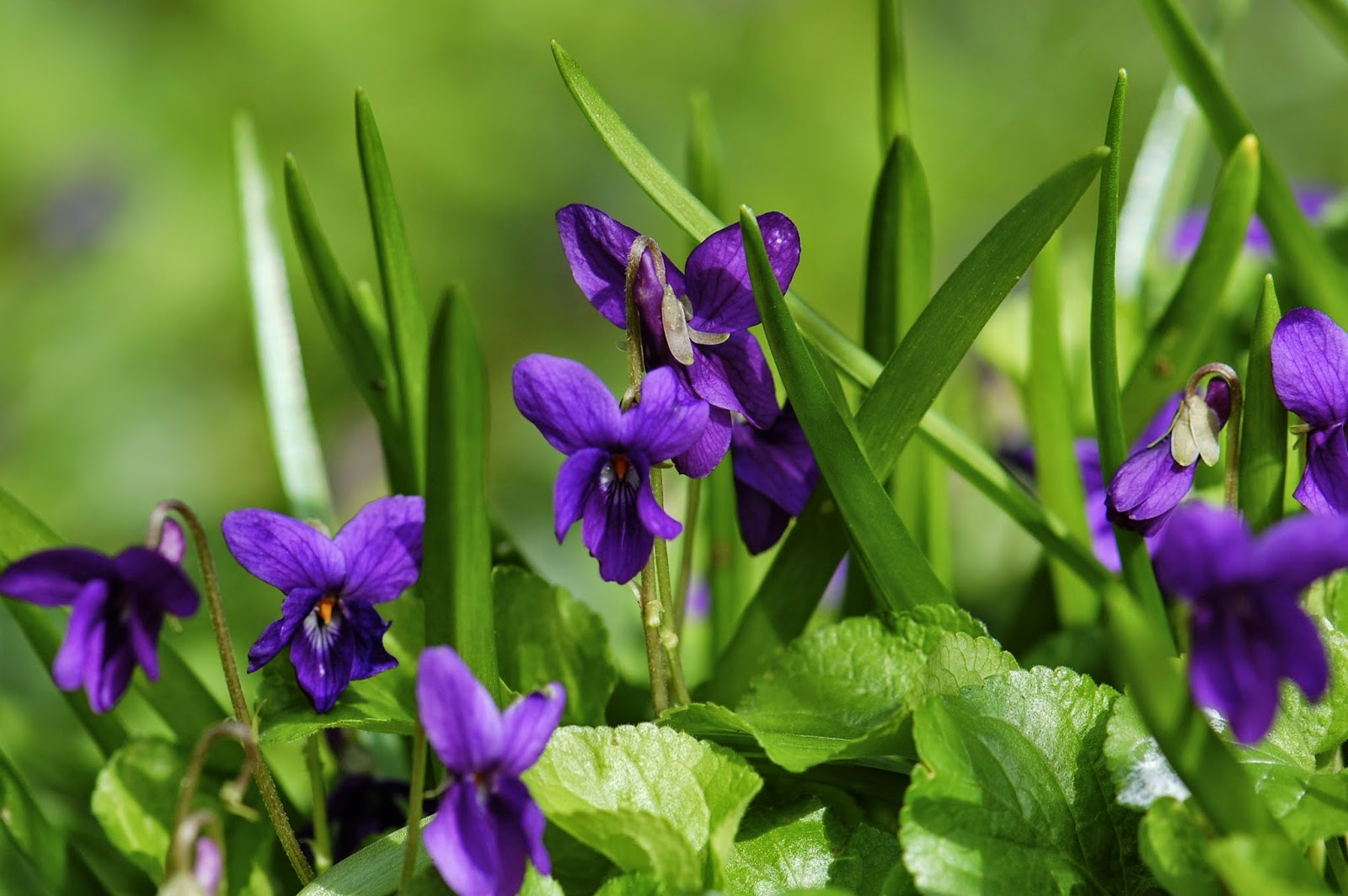 Jane Hilson, IAZ student writes. "I moved my horses to their holiday home for the Summer which meant loading into a horsebox - my thoroughbred is normally really reluctant to load and it has taken 40mins or more - but this time I decided to rub violet leaf all over my hands and just kept offering them to him as we walked towards the lorry and up the ramp. He stood on the ramp contemplating what to do while taking in the violet leaf, he then loaded with no trouble. All done in just a few minutes! Thanks for all your help and advice." For more information on the uses of violet leaf, see page 146 in 'How Animals Heal Themselves.'

We are pleased to let everyone know that our essential oil labels are now laminated, helping them to remain clean and easy to read! 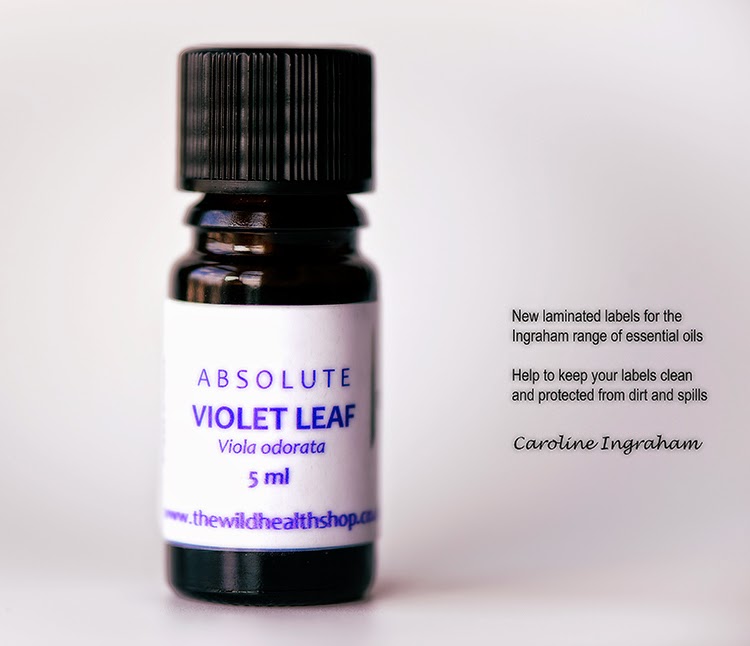 Posted by Caroline Ingraham at 14:34 No comments:

Pepper lacked energy and wanted to lay down in her stable all the time. She was never seen standing up. 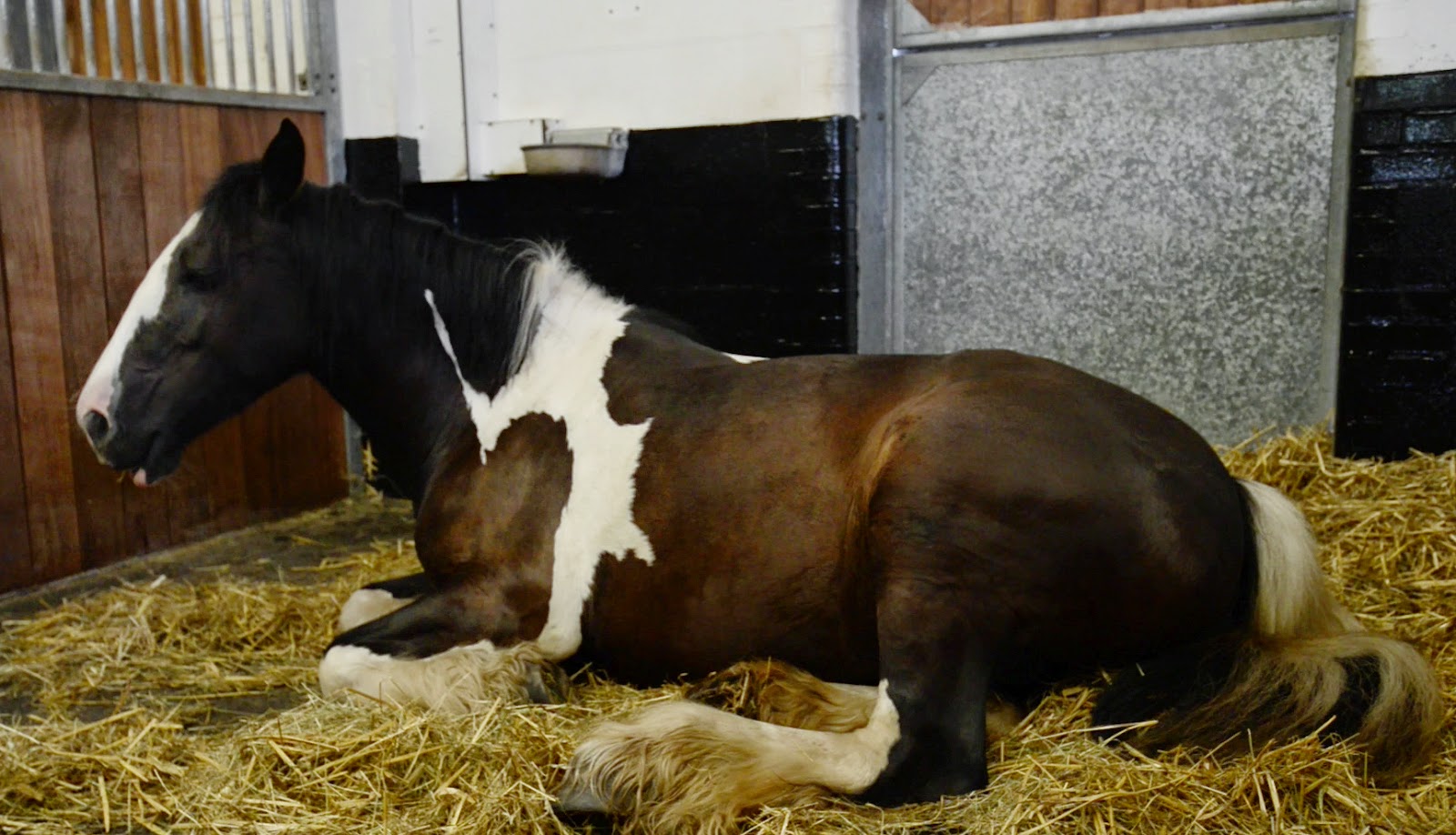 When she did walk, she was reluctant to move and was either shut down or had mobility problems. See the film of Pepper receiving an Applied Zoopharmacognosy session with Caroline at the following link: Facebook
Posted by Caroline Ingraham at 15:44 No comments:

Caroline has just returned from teaching in the USA. The venue was perfect and they had some wonderful animals to work with, one of which was a horse with moon-blindness. When his eye protectors were removed, his left eye was revealed to be matted together and exuding a watery liquid. Through self-selection, he showed that he was particularly interested in Sea Buckthorn (a vegetable oil), which he strongly pushed into his sore eye (helps protect sight sensitive structures). The owner was very surprised as previously he had never allowed anything to be applied around his eyes. German Chamomile (anti-inflammatory) and Sandalwood were also selected, but he wanted them applied to the side of his eye. He inhaled Bergamot and every time he did this he opened his eye fully. He then licked Neem oil. By the time he had finished the session, his eye was dry and open. The video clip below shows Sea Buckthorn being applied by Horse trainer, Brandon Carpenter, under Caroline's supervision (video courtesy of Michelle Coburn). Never apply essential oils direct to an animals eye. 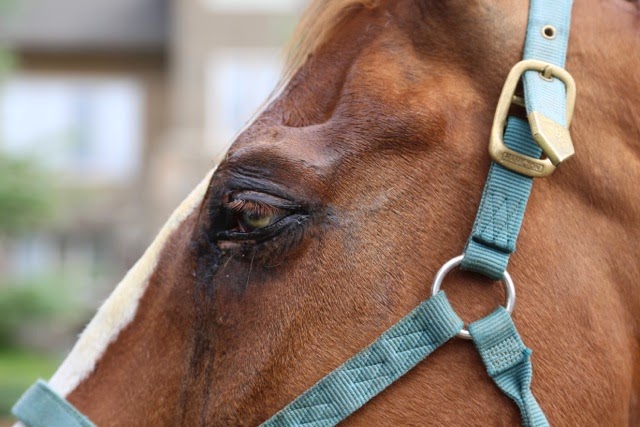 Moon blindness: Follow on from Caroline’s initial session with George, with IAZ student Karen Williams. When Karen arrived his eye was weepy but partially open which was a great improvement.

Karen writes:
"George’s owner, Peggy had George in the pen by himself when I arrived and he was somewhat nervous. He selected hops and valerian to settled him.

1) St Johns wort macerate, which he wanted rubbed all around his eye.
2) He then let us apply sandalwood
3) He was very keen on the sea buckthorn that I rubbed above his eye, to the side and below, but he mostly wanted it above. I rubbed it on for quite some time.
4) As the area above the eye was quite hot I offered peppermint essential oil, which was selected, this was applied topically.

He didn’t want any cornflower or other waters.

I offered rosehips and he took a few nips, smelt the barley grass and took a few licks. I then went back to yarrow (I had forgotten to bring the German chamomile) and he indicated he wanted that above his eye. I also offered bergamot essential oil, which he smelt for quite a while. Ever since his first session, Peggy keeps saying, “He doesn’t usually let anyone near his eye.” I offered German chamomile flowers and he ate a few mouthfuls.  At this time, people arrived and I lost George’s focus along with Peggy’s. The session was over.

Second visit by Karen: Peggy was excited and said George was continuing to get better, the white part of the eye had become more black and the eye was more open. There was very little weeping and, it was cooler to touch. As we were working Peggy again reiterated that George had never let anyone touch his eye before experiencing Applied Zoopharmacognosy and he’s never usually still! I offered arnica, which he licked, then put his head down, so I rubbed it all around his eye and up towards the forehead and poll, he stayed still as long as I rubbed. I then offered St. John’s wort, which he smelt and then put his head down, so I offered to rub it around his eye - especially above the eye.  We offered licorice root; he took a lick and sniffed it for a while. He also took a slight sniff of comfrey.

When offering hydrosols he was most interested in arnica, although he did lick some elderflower, but not the cornflower water. Arnica was taken orally and topically, German chamomile was applied above and to the outside of his eye. He also wanted more sea buckthorn. I offered yarrow and he licked 3-4 drops, but didn’t want any rubbed on his face or eye area. I then offered carrot seed which he sniffed with the left nostril only, he then wanted it rubbed up by the poll and forehead.

The flies were bothering him so I offered neem powder. He took quite a sniff and looked back so I rubbed neem powder over his body. At this point I offered some devils claw. Which he licked and chewed followed by the flehmen response. I offered barley grass and he wasn’t interested, but he had a few licks of flax oil. When I offered sunflower oil he really liked it and licked quite a lot. He also wanted it rubbed on his forehead and poll and above the eye. I felt the session was over as he was loosing focus and he wondered off and grazed."
Posted by Caroline Ingraham at 10:14 No comments:

Please join us on Facebook for more stories, videos and interaction with other like-minded people who care about animal welfare. 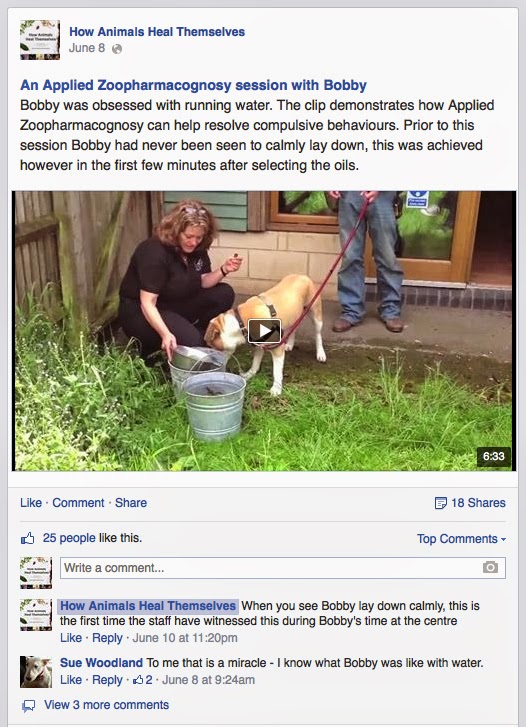 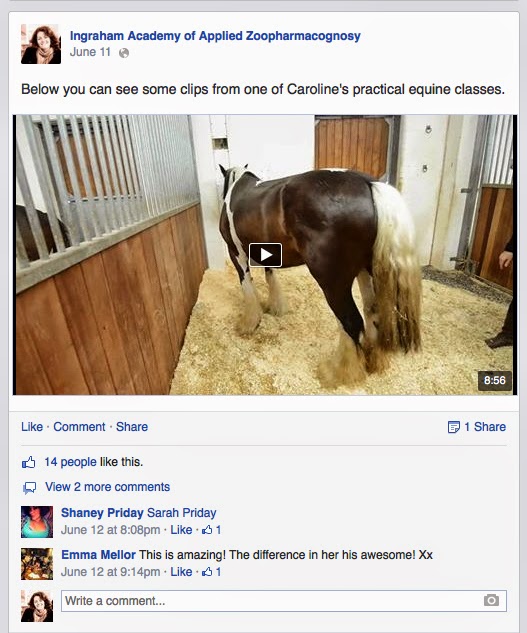 Posted by Caroline Ingraham at 05:33 No comments:

Duke has been with the Oxfordshire Animal Sanctuary since October 2010. He’s had a very hard time in his early years and has a deep fear of people.

He had two sessions with Rachel Windsor-Knott who is a qualified animal therapist specialising in Applied Zoopharmacognosy. The transformation was such that rehoming was now a possibility. Rachel was delighted that Carin and Colin, both Applied Zoopharmacognosists, wanted to give him a home, and continue the work. For the past two days they have been spending time with Duke using their self-medication techniques and will be taking him to their home today where they will give him all the care he needs by letting him have his own space so he can build trust and get acquainted.

Duke is on his way to his new home.

Colin, Carin, Rachel and Aaron spent most of this morning keeping him calm until they were happy to transfer him to the car. Once he was on the lead Aaron led him to the car and he jumped up - Aaron didn’t have to lift him at all.

It couldn’t have gone any better.

Note from Carin and Colin:
Duke is enjoying his session with the oils today and had a restful night thanks to applied Zoopharmacognosy. I'm positive he would not have been able to come home with us yesterday if it had not been for the Zoopharm sessions Rachel and Colin completed before his trip north. We can't thank Caroline enough for giving us the gift of Zoopharmacognosy to reassure and support Duke as he transcends his negative experiences in the forthcoming months.

Posted by Caroline Ingraham at 02:29 No comments:

How Animals Heal Themselves 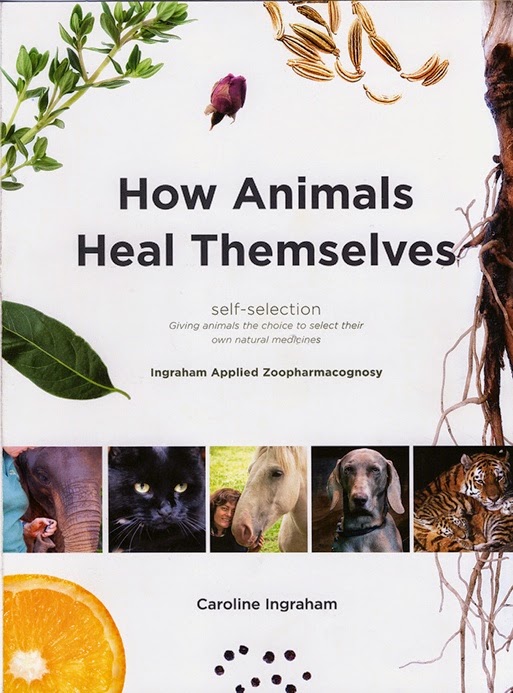 Caroline's most recent book on self selection 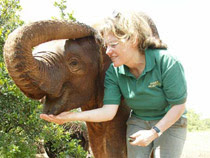 Working with the big cats 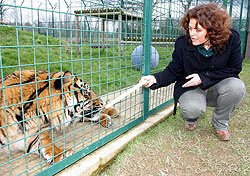 Three and a half year old Siberian tiger, Ronja 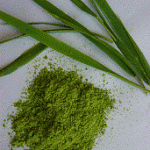 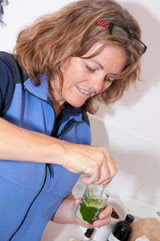